Katie Holmes and Jamie Foxx have reportedly been seeing one another for over a year but aren't looking for a serious relationship at the moment. 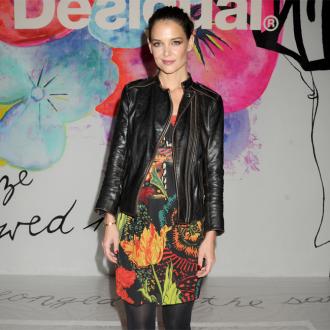 Katie Holmes and Jamie Foxx have reportedly been casually dating for more than a year.

The 36-year-old actress and the hunky star, 47, sparked romance rumours last year after they were spotted getting cosy at a number of events and now an insider has claimed they've been seeing one another for a while but aren't looking for a serious relationship.

A source told People magazine: ''This is not some intense romance. Jamie and Katie are friends and have been for a long time. They are two adult who are attractive and single, and so apparently conclusions will be drawn. They're not about to run off and make some serious commitment.''

Despite their not-so-serious relationship, Katie - who now resides in Los Angeles with her eight-year-old daughter Suri - has been spotted at the actor's house on numerous occasions where they reportedly ''they spend hours together.''

Meanwhile, the brunette beauty has remained single since her divorce from Tom Cruise, who is the father of her child, in 2012 but admitted last year that's she's keen to find love again.

She told the publication in November: ''I'm a very loving person. Of course I'm open to finding love again.''