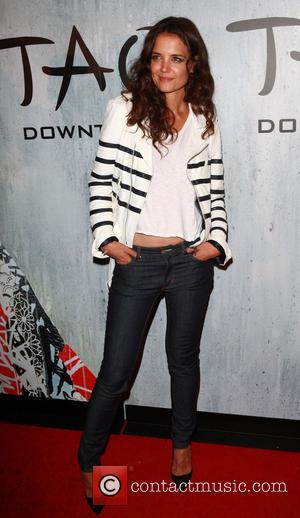 Actress Katie Holmes was left close to tears following an emotional trip to the jail where Nelson Mandela was imprisoned for 18 years.

The former Dawson's Creek star is in South Africa with her seven-year-old daughter Suri to shoot new movie The Giver, and she took the opportunity to visit Robben Island, where Mandela was held as a political prisoner.

She was given a guided tour earlier this month (Nov13) by Mandela's former fellow inmate Ahmed Kathrada, and he reveals Holmes was choked with emotion when she witnessed the harsh conditions endured by convicts.

He tells Britain's Hello! magazine, "Katie was very touched by the whole experience. We visited Mandela's cell, where I told her that we all slept on the ground for 14 years, that there were no flush toilets, only buckets, that the lights were kept on all night... She didn't cry, but she did react. You could see she was very emotional."

Holmes, who divorced Suri's father Tom Cruise last year (12), later penned a heartfelt message to Kathrada in the prison's visitors' book, writing, "My sincerest gratitude for your work, your struggle, your triumph, your dedication, and your inspiration."