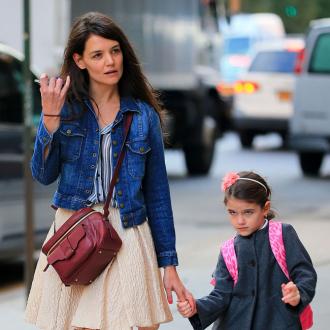 Katie Holmes is reportedly planning to adopt a little girl.

The 'Dead Accounts' Broadway actress - who split from 'Mission Impossible' star Tom Cruise in June after six years of marriage - is said to be eager for their six-year-old biological daughter Suri to have another sibling and is looking into adoption.

A source close to the 33-year-old actress told Star magazine: ''Suri has been asking for a sister lately -- she's even praying for one at night, which tugs at Katie's heart. Her goal is to have a new addition to their family within the next year.''

The insider claims that although Katie has only just begun looking into the process, she has already consulted a high-end adoption agency and would prefer to adopt a two-year-old toddler in need of a home rather than a newborn.

Meanwhile, Kate is rumoured to be spending Thanksgiving with her ex-husband next Thursday (22.11.12) as she thinks it is in their daughter's best interest.

A source previously said: ''Tom and Katie are determined to show Suri that they're still friends and devoted parents.

''They know it will mean so much for her, and both are happy to swallow their pride to make sure she has a fun holiday. Thanksgiving has always been a really big deal for them.''