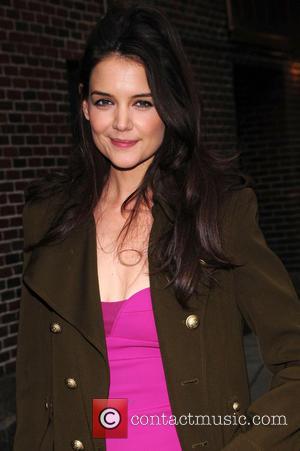 There is perhaps nothing worse than forgetting lines as an actor. When it happens in front of a single camera show, or on a movie set, you can brush off the initial embarrassment and stick them on the bloopers real. When it's on Broadway, it's very much real.

Katie Holme's Broadway performances in "Dead Accounts," have been going by without much ado. They're solid departures from the world of movies, and seem to represent some sort of artistic integrity, until you forget your lines in front of a live audience, that is. "A couple weeks ago I had the moment that I've been dreading," Holmes, 34, told Letterman. "I have this kind of big speech in the second act, and it's pretty important because it kind of goes along with the theme of the show. I said the first line -- and I'm looking at Judy Greer and I'm supposed to be angry at her -- and then the second line I didn't remember. And I didn't remember the third one. I just looked at her like, ah!" she added, trying to replicate Greer's face back at her, which was a mixture of horror and bemusement. "Obviously, I know what the point of it is. So, I kind of made my way there," said Holmes, as she talked us through the adlibbing process, which sounds hard.

The play has been received fairly badly by the critics, but Holmes's reputation remains intact, with a string of 'careful' performances. According to The Guardian, "The play does address the ethics of modern life, in which, as Lorna says, we use religion and money as a panacea to 'plug up the hole in our hearts because we're so afraid of dying'. And yet, Rebeck's play suggests other, better panaceas such as companionship, honesty ... oak trees. Strange that a play that cries out for the real should come across as so very stagey."