Katie Holmes claims she is so close to her sisters, she has a ''telepathic'' connection with them. 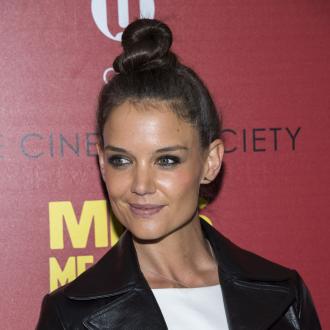 Katie Holmes claims to have a ''telepathic'' connection to her sisters.

The former 'Dawson's Creek' star has three sisters and one brother and is particularly close to her female siblings and knows they are there whenever she needs them.

She said: ''It's important to be supportive and have people you can call at 3am. I have a group of friends I call, and my sisters.

''If I'm thinking about my sister, she will end up calling me, it's weird. Telepathic.''

The 36-year-old actress - who has eight-year-old daughter Suri with ex-husband Tom Cruise - is ''inspired'' by the close relationships between women.

She explained to the new issue of Red magazine: ''Women are complicated, in a beautiful way, and they have lots of different roles. I'm inspired by the community of women it takes to help one woman succeed.''

Despite her many years in the spotlight, Katie insists she hasn't changed much over the years and never dwells on her feelings.

''I don't stay stuck on anything too long. I mean, like, any emotion.''

While the 'Giver' actress tries not to worry about what people think of her, she admits the rise of social media has made her ''avoid'' going out much to help retain some control of her image.

She said: ''I think that it's a very interesting time for artists right now because of social media and camera phones. I don't think you ever know how you'll be portrayed. Any story can attach itself to your image. I don't pay much attention because I'd spend the whole time worrying. I just don't go out much to avoid it.''