Katie Holmes - who has a daughter Suri, seven, with her ex-husband Tom Cruise - has posted a quote about ''inner conflicts'' revealing a ''real man'' on Twitter. 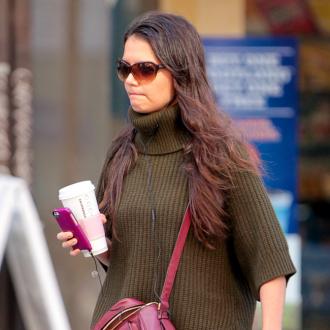 The actress - who has a daughter Suri, seven, with her ex-husband Tom Cuise - posted shared a quote from French novelist Andre Malraux with her followers.

The quote said: ''The real struggle begins when you have to contend against a part of your own self.

''Up to that point, it's all plain sailing. Yet it's only from such inner conflicts that a real man emerges.

''Yes, we've always to fear the world within ourselves, there's no escaping is.''

Along with a picture of the quote - written against a sepia-toned background - she added: ''Love this, so true.''

Katie hasn't been on Twitter for long, after joining the social networking site on October 25 while on the set of 'The Giver' in South Africa.

Re-tweeting a picture from producer Nikki Silver, her first post featured a photo of the cast, including 'I Knew You Were Trouble' hitmaker Taylor Swift.

In a subsequent tweet, she wrote to her followers: ''So happy to be on twitter!!!!!! Sending first tweets from South Africa!!!!! (sic)''