Katie Melua has ''stretched'' her vocal talents on her forthcoming album 'Secret Symphony' because she is interpreting other people's tracks. 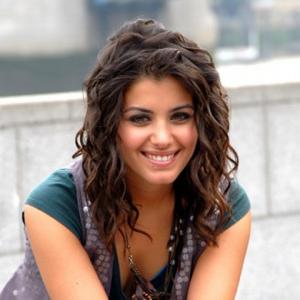 The 'Nine Million Bicycles' hitmaker's fifth record features her performing a number of covers with the Secret Symphony Orchestra, conducted by Mike Batt, and her singing improved through interpreting other people's songs.

She said: "This album was going to be my 'singer's album'. I had always wanted to do this one day; singing other people's songs brings something out of you and your voice that isn't perhaps where you would have gone vocally with your own material. It stretches you.

"As it happened Mike and I did write a couple of new ones, but the general idea was to find songs by great writers such as Ron Sexsmith on 'Gold In Them Hills' and a favourite song of mine, originally recorded by Bonnie Raitt, 'Too Long At The Fair, plus some more well known ones like 'Keeping The Dream Alive'."

The 26-year-old beauty has previously admitted she feels "dubious" explaining how she interprets her own songs, as she feels everyone should draw their own conclusions from them.

She explained: "I'm a bit dubious about messages in songs. Songs are just songs. When you listen to a song, you form a relationship with it. You associate it with how you feel or how you felt in the past. That's why songs mean different things to different people.

"Of course, when I write, I am influenced by my own relationships as well as the places I've been and the things I've seen. I don't sit down and decide in advance what the subject matter is going to be. Sometimes even I'm not sure exactly who or what some of my own songs are about."