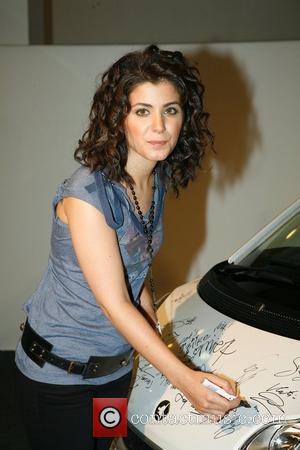 Singer Katie Melua has quit smoking cannabis when she's in a creative mood - because she's discovered the drug has a bad effect on her song writing.

Melua, 19, who is currently enjoying a British number one album with CALL OFF THE SEARCH, would become deluded about her song-writing talents after smoking weed.

Melua says, "It's so funny because when you do smoke weed and write a song, you're like, 'Yeah, this is brilliant, this is excellent!' - and the next morning you go back and often find that really it's not very good at all."

While Melua's drug-of-choice is still cannabis, the Georgia-born singer will not indulge in harder drugs.

She says, "You've got to live a little, y'know.

"I've never done anything like acid or cocaine and I hope I don't. But I guess you have to try things once in a while... just once.

"I think you have to be very wary of falling into that trap of getting addicted."