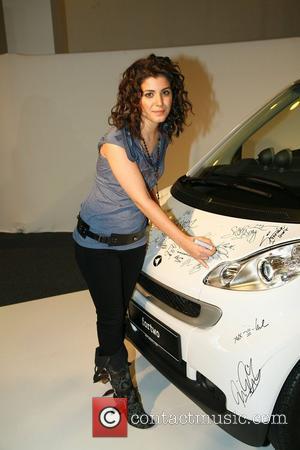 LATEST: British singer Katie Melua has hit back at claims she is "splitting with" her longterm songwriter MIKE BATT, and that she called their early collaborations "crap". Melua recently revealed plans for Batt - who discovered her talents in 2002 - to concentrate on managing her, rather than writing her songs. But she insists he'll still be a big part of her career. She says, "Mike and I are not 'splitting' up - this story has been blown out of all proportion!! "I wrote with two other writers on the new album, Pictures, which was a new experience for me but one which was enjoyable and successful I believe. "Both Mike and I feel that as and when I start work on the next album Mike's involvement will be as my manager and the executive producer, rather than hands on in the studio and writing the songs. "Mike has dedicated the last four years to my career and I'm sure he has other stuff that he wants to do that is nothing to do with me!" And Melua adds that recent reports she had described her early work with Batt as "crap" were taken out of context. She says, "What I actually said was that I have been learning all the time, that when I first started writing I would think a song I'd written was great and I'd hope that it would be on the album, but that in hindsight it was crap and I am glad that I listened to people around me. Those "crap" songs never saw the light of day, thank God!"