Melua Relies On Mum To Keep Her In Line 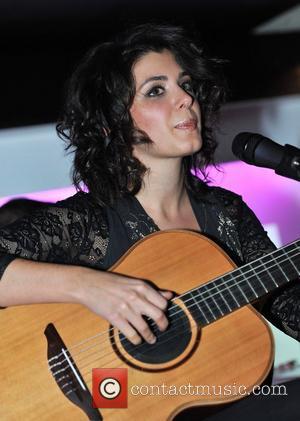 Singer Katie Melua is taking her mother and brother on tour with her to avoid a repeat of the "breakdown" she suffered last year (10).
The Closest Thing To Crazy hitmaker revealed in February (11) she was forced to cancel a string of dates after suffering "a bit of a breakdown" due to her heavy workload.
She is now preparing to head back out on the road in the U.K. to play the re-scheduled concerts, and she's taking her close family along with her to keep her on the right track.
Melua tells the Liverpool Daily Post, "Last year was time to cool off a bit. I think what happened was a culmination of everything that's gone on over the past seven years. Pretty much. I'm doing things differently since I've come back, trying to keep a lot more chilled and making sure I've got my family around.
"I need to realise it's just a job, and it doesn't have to eat you alive. Yes, it's a great position to be in, but it doesn't mean you have to drive yourself crazy with hard work. I need to just enjoy it a bit more."