Katie Price has offered her ''genuine congratulations'' to her ex-husband Peter Andre and his 23-year-old girlfriend Emily MacDonagh after they announced they are expecting a baby together. 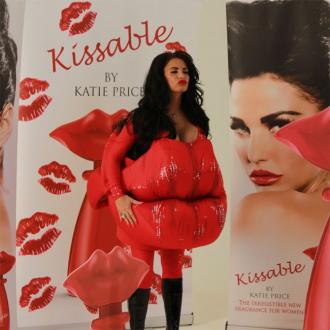 Katie Price has congratulated Peter Andre on his baby news.

The former glamour model appears to have buried the hatchet with her ex-husband and expressed her ''genuine'' well wishes to the reality star and his new girlfriend Emily MacDonagh after they announced they are expecting their first child together earlier today (22.07.13).

Katie has two children with Peter - Junior, eight and Princess Tiaamii, six - and the 'Mysterious Girl' singer has acted as a stepfather to her 11-year old son Harvey, who she had with retired soccer player Dwight Yorke.

The pair have been locked in a bitter war of words ever since their divorce in 2009, with Peter.

However, Katie, 35, showed no sign of her usual disdain when speaking of 40-year-old Peter, and appeared sincerely happy for her ex and Emily, who is 16 years his junior.

The model-turned-entrepreneur's good mood could be down to the fact she is also pregnant by her current husband, Kieran Hayler, and is due to give birth in the next few weeks.