Katie Price Is Happy Being Single

Katie Price insists she has been single since splitting from her lazy boyfriend Leandro Penna. 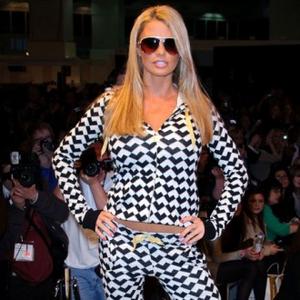 Katie Price insists she is single and loving it.

The TV star split from Argentinean model Leandro Penna in October and despite recently being romantically linked to rugby player Danny Cipriani sexy blonde is adamant she is having some man-free time.

During an appearance on UK daytime show 'This Morning', she said: "I'm single ... It's actually weird being single but I actually really like it, I don't have to answer to anybody ... Everybody's always saying to me, 'Kate why don't you just stay single?' And I don't know why but I always move from one to the other to the other and I haven't this time."

Katie - who has three children, Harvey, nine, Junior, six, and Princess Tiaamii, four - admits she does miss the companionship of a boyfriend, but her best friend Michelle Heaton is currently living with her and is keeping her company.

When asked if she was scared of being on her own, she replied: "I'm not frightened, because I've got so many friends around me and family and I'm so busy. But you know at night time, when you watch TV and stuff, you want that bit of companionship, so at the moment I've got Michelle Heaton, my best friend who is pregnant, and her husband Hugh (Hanley) at mine because they're waiting to move into their new house so it's great. They're always cooking for me. So I'm just talking about baby stuff with her at the moment."

Katie - who has been married twice, to Alex Reid and Peter Andre - still speaks to her ex-lover Leandro and insists they are on good terms.

She said: " I'm still in contact with Leo, we were on Skype last night we're still good friends, he's back (in Argentina) doing his TV work."