Katie Price has revealed she is launching her own paid subscription channel on YouTube, which she is calling 'PriceyTube', which will show her life with her family. 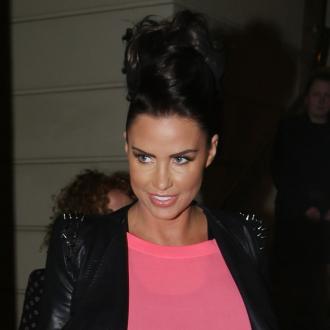 The 34-year-old former glamour model - who is currently expecting her fourth child with third husband Kieran Hayler - is launching 'PriceyTube' for fans to watch her life in a series of clips she will post.

Katie will upload the footage herself of her and her family - which includes her three children, 11-year-old son Harvey, from her relationship with soccer player Dwight Yorke, and son Junior, seven, and daughter Princess Tiaamii, five, with ex-husband Peter Andre - and will charge £1 for each video snippet.

The busty beauty - who hasn't been seen on TV since her £5 million deal with Sky TV ended last year - told The Sun newspaper: ''YouTube is the way forward. I'm starting my own channel. I'm going to charge people a pound a clip.

''I could be in my kitchen cooking or mucking out my horses. I could be riding them. I could be on holiday saying, 'Look at me do this dive.' It might show me trying to start a barbecue or making a speech somewhere. It could be absolutely anything.

''You put it on and you charge a pound and people watch that.

''Instead of spending hours and weeks doing one show, you can just control it yourself.''

Katie is no stranger to the reality TV format; she appeared in nine series of her fly-on-the-wall show with ex-spouse Peter - who she first met on 'I'm A Celebrity... Get Me Out of Here!' - and has starred in a model talent search series, 'Signed By Katie Price', and various other ventures.

Katie previously hinted at setting up her own YouTube channel in her column for The Sun newspaper insisting she was very interested in Google's paid subscription channels on the video file sharing website.

Meanwhile, the star has revealed she she has piled on the pounds during her latest pregnancy and is the biggest she's ever been while expecting.

Katie - who is due to give birth in several weeks - said: ''I haven't got long to go now ... this time I'm huge. I'm the biggest I've been for all of my pregnancies ... I'll just be relieved when it's born so I can walk properly and I haven't got all this weight to carry.''