Katie Price has hit out at her ex-husband Peter Andre and accused him of ''trashing'' her career following their split in 2009 to improve his. 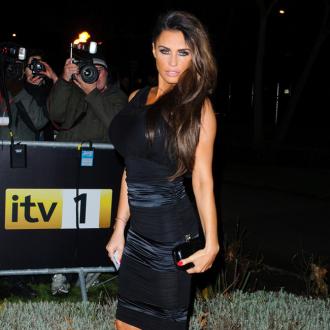 Katie Price has slammed ex-husband Peter Andre for ''trashing'' her career to improve his.

The 35-year-old star has hit out at the reality TV personality - with whom she has two kids, Junior, eight, and six-year-old Princess Tiaamii - for destroying their ''happy family'' and accused him of making her sound like a ''bad mum'' and a ''bitch'' following the break up of their three-and-a-half-year marriage.

In an extract from her new autobiography, 'Love, Lipstick and Lies' - which is being serialised in The Sun newspaper, she said: ''It felt to me as if he was building up his own career and image by trashing mine.

''I thought we had a secure, happy family, something which I have always wanted. But that happy family was destroyed when Pete walked out -- telling me it was over in a phone call.

''To this day he has never properly spoken to me about why he left so I could never get any closure on our marriage.

''He would often drop hints in the magazine interviews he subsequently gave that there was a dark secret behind our divorce. There was no dark secret.''

Katie - who wed Peter in 2005 after the pair got together on reality TV show 'I'm A Celebrity... Get Me Out Of Here!' in January 2004 - also admits she was ''heartbroken'' when the 40-year-old star left her just one month after she had lost their third child to a miscarriage.

She added: ''I was still reeling from the devastating loss of our baby. I knew our marriage had been on the rocks for a while. But I never thought he'd leave me. I was heartbroken. I thought I'd found 'the One' -- the man who completed me, the man I wanted to spend the rest of my life with.

''The way he behaved after we split proved to me I could never trust him again. Within weeks Pete was promoting his new album. I've always wondered how he'd have promoted it if we hadn't split up.

''Worse than any of that, I also had to face up to a new life where I wouldn't have Princess and Junior living with me all the time because they'd be spending time with their father. It was like a physical pain when they were away.

''Princess was only one-and-a-half and Junior four. They needed to be with their mum.''

Katie - who has two other kids, Harvey, 11, from her relationship with retired soccer star Dwight Yorke, and two-month-old Jett Riviera, her first child with current husband Kieran Hayler - also slammed Peter for putting their children in the public eye on his reality TV show.

She said: ''One day he'll see what I am trying to do in removing them from the public eye is the right thing.

''When they were very little it didn't seem such an issue. But as they get older they are aware of being filmed and it has an effect on them.''