Katie Price wants to use black magic to get revenge on Jane Pountney who she caught in bed with her husband Kieran Hayler last year. 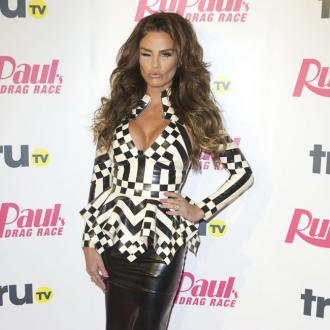 Katie Price will use black magic to put a curse on Jane Pountney.

The former glamour model caught her third husband Kieran Hayler, 28, in the sack with her best friend last year and has turned to the dark art to plot her revenge.

A source close to Katie told the Daily Star newspaper: ''She's always been interested in the paranormal, and now she's been looking at black magic.

''She's even gone as far as talking to an expert in the US.''

Black magic - also known as witchcraft, sorcery or spell-working - involves chanting or praying to invoke evil purposes on a subject or individual.

The 37-year-old star - who has Jett, two, and 12-month-old Bunny with the part-time stripper as well as Harvey, 13, Junior, 10, and Princess, eight, from previous relationships - has said in the past that she feels as if ''two people have been murdered'' since finding out about the affair.

The 'Celebrity Big Brother' winner recently said she wished her former pal, 50, would ''die in a car crash'' or ''get an illness she'd suffer and die from''.