Katie Price to marry this week

Katie Price has shocked her friends by revealing she will marry part-time stripper Kieran Hayler later this week, but pals aren't sure the union will last. 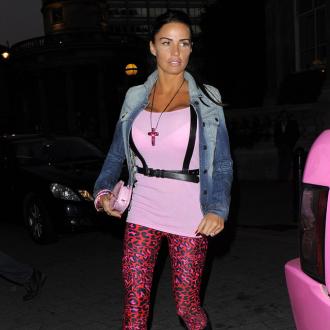 Katie Price is set to marry Kieran Hayler this week.

The former glamour model announced her engagement to the part-time stripper and builder - who is thought to have proposed on Christmas Day (25.12.12) - over the weekend and she has now astounded friends by revealing her intentions to wed for a third time this week, just two months after meeting the hunk.

A source close to Katie, 34, told the Daily Mirror newspaper: ''Katie shocked everyone when she announced their plans to tie the knot so quickly. The fact they were engaged seemed to come out of the blue. Now, before that had time to sink in, she's whisking him away to get married.

''Hardly any of her pals are invited. But they are planning to come back and do the big showbiz version, probably with a mag deal and all the trimmings once they're husband and wife.''

Should the reality TV star walk down the aisle with Kieran, 25, it would be her third wedding following marriages to singer Peter Andre, 39, and cage fighter Alex Reid, 37, and Katie is reportedly hoping her latest nuptials will be the ''third time lucky''.

The source added: ''Katie thinks Kieran is the perfect gent and a normal, down-to-earth guy. He's really good with her kids too, but it still seems a bit sudden to her mates - even by her standards.

''She joked that this marriage will be third time lucky. Some of her mates aren't so sure.''

Katie married Peter - with whom she has two children, Junior, seven, and Princess Tiaamii, five - in 2005 before they separated in 2009. She then wed Alex in 2010, but ended the marriage less than a year later in January 2011. The model got engaged for a third time to Argentinian model Leandro Penna in April 2012, later splitting from him in October.