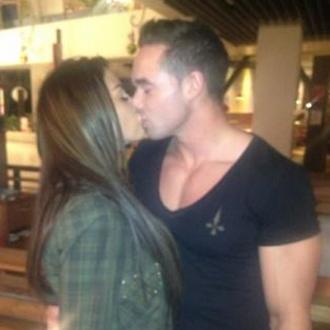 Katie Price has married Kieran Hayler in an intimate ceremony in the Caribbean.

The former glamour model - who announced her engagement to the part-time stripper and builder last weekend but was proposed to on Christmas Day (25.12.12) - tied the knot with her boyfriend of two months on Wednesday (16.01.13).

A source told the Daily Mirror newspaper that Katie is desperate to have more children, despite already being a mum to Harvey, 10, Junior, seven, and Princess Tiaamii, five, and explained that this was the main reason she wanted to wed for a third time.

The insider said: ''Katie sees no point in waiting around. The sooner she can settle down with Kieran, the better.''

A source close to Katie previously revealed that her friends were shocked she wanted to get married this week, saying: ''Katie shocked everyone when she announced their plans to tie the knot so quickly. The fact they were engaged seemed to come out of the blue. Now, before that had time to sink in, she's whisking him away to get married.

''Hardly any of her pals are invited. But they are planning to come back and do the big showbiz version, probably with a mag deal and all the trimmings once they're husband and wife.''

She split from her last fiance Leandro Penna in October.