Not Part Of The Plan: Katie Price Pregnant, By New Hubby Kieran Hayler 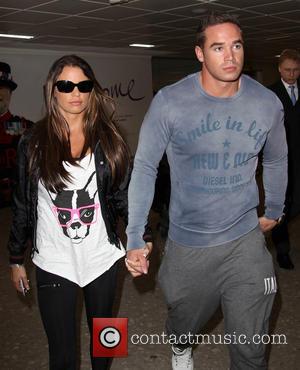 There’s never an end to the headlines in the on-going media circus that is the life of Katie Price. Katie (aka Jordan) just married for the third time and one month down the line, it turns out that she’s pregnant with baby number four. Katie, 34 and new hubby Kieran, 25 are said to be overjoyed about the news, though she admitted to The Sun “The baby wasn’t part of our plan at this stage but anyone who knows me knows I’m not one for sticking to rules and plans.”

Just to recap on Katie Price’s marital and child-birthing history, she first had a son, Harvey, with footballer Dwight Yorke, in 2002. In 2005, she married Peter Andre, after meeting him on I’m A Celebrity Get Me Out of Here and had two more children with him; Junior Savva Andreas Andre, born 2005 and Princess Tiaamii Crystal Esther Andre, born 2007. After divorcing Andre in 2009, she later married the cage fighter Alex Reid, after less than a year of dating, in February 2010. They separated in 2011. And so on to marriage number three, with Kieran Hayler, a builder and part-time stripper. Price confessed that her mum was a little concerned about the news but insists that Kieran’s good with her three children from previous relationships, especially Harvey, who is blind and suffers with autism.

Katie appears to be taking the news in her stride and even joked about her multiple marriages, saying that she was keeping good company with fellow serial celebrity brides. “It’s only my third one. I did my own Pricey marriage survey and discovered I was in good company. Joan Collins has been married five times, Liz Taylor did eight and Zsa Zsa Gabor nine.” With Kim Kardashian, Fergie and Kate Middleton also all pregnant, it’s going to be one hell of a year for celebrity baby news.