After pleading no contest, Williams got away with just half a sentence. 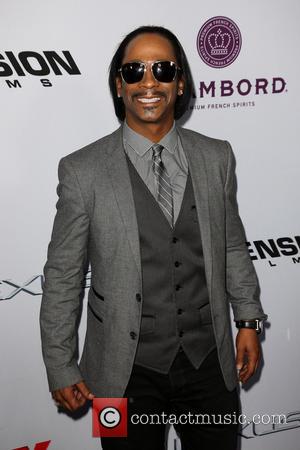 This past Thursday saw comedian Katt Williams sentenced to 90 days of community service for misdemeanor evading an officer. Well, at least he got away without any jail time. The funnyman was originally charged with felony vehicle code violation, but that was later downgraded. The judge also agreed to lower the original 180-day sentence down to just 90, provided that Williams really does the work and stays out of trouble. Williams pleaded no contest to the charge.

The entire case came about after the comedian got into a car chase last November, according to the LA Times. Williams was performing a series of tour dates along the West Coast, and he was also going through a rough time in general. As we’ve learned from many a public celebrity breakdown, personal troubles and a packed work schedule don’t tend to mix. Williams started the chase after being approached by the cops about disturbing the peace, according to a Fox 40 report at the time. After he was charged, he repeatedly failed to show up to court, a habit which didn’t help the situation at all. He later told the press that failing to appear in court was a mistake, as was getting into the chase in the first place.

Now, however, it looks like Williams’s trouble-making days are behind him, as well as his performing days. In December he made the announcement that he would be retiring from standup and, in confirmation, his official website lists no further tour dates. Unfortunately, Williams' reformation is apparently coming at the cost of his career.