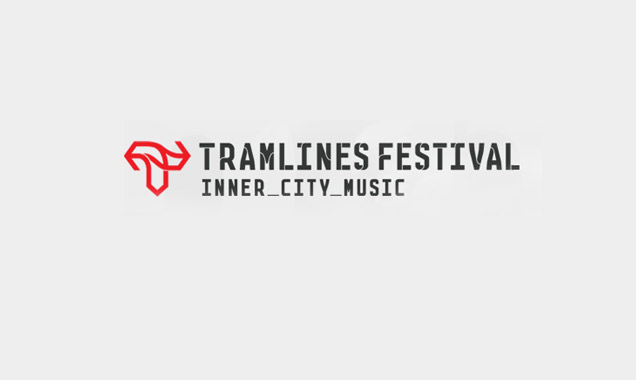 Over 50 new acts have been added to bill at Tramlines Festival in Sheffield, completing its 2014 lineup. The new additions include some the UK's hottest breakthrough acts chosen by festival headliners and new music tastemakers from BBC Introducing, Sentric Music, and Reverb Nation, plus other key bookings such as The Beat, Veronica Falls, Galaxians, Songhoy Blues, and Rolo Tomassi. If you want to visit a festival this summer to discover 'the next big thing', Tramlines is the place to be.

Taking place from Friday 25 to Sunday 27 July, Tramlines is one of the UK's biggest inner city festivals which this year stages its biggest line up yet with the likes of, Katy B, Public Enemy, Sister Sledge, The Cribs, Annie Mac, Ms Dynamite, Toddla T Sound, The Rifles, Simian Mobile Disco, Tiga, The Wedding Present and loads more.

Adding to the musical diversity at Tramlines are 80s ska band The Beat who'll play the main stage on Sunday, alongside The Cribs, bringing their fusion of pop, soul and reggae in hit tunes like Mirror in the Bathroom, complete with frontman Ranking Roger on lead vocals.

Big names aside, Tramlines prides itself on showcasing new talent and this year it's given many talented, unsigned acts the chance to play after over 1,500 bands applied to play via the Tramlines Facebook App. A panel of new music experts including presenters from BBC Introducing, Sentric Music, Reverb Nation and the festival's more established acts - Toddla T and Slow Club stepped in to make their selections.

Chosen by Toddla T is the fantastic neo soul/hip hop group Dnaë and The Indigo Sound Project who'll perform on Saturday 26 July on the Main Stage, and, as picked by Slow Club, the Wakefield rock-pop four piece, The Spills, who'll entertain crowds at The Leadmill on Sunday 27 July.

First in the hot picks from regions across the north, come from BBC Introducing Manchester presenters, Michelle Hussey and Natalie Williams, who have selected the mosaic five-piece and NME favourites, Blossoms, to play at Yellow Arch Studios on Sunday 27 July. Alan Raw from BBC Introducing Leeds gives his vote to alternative rock group, Allusondrugs, who'll play one of the festival's opening sets at Millennium Galleries on Friday night.

From Christian Carlisle of BBC Introducing Sheffield are Indie Pop outfit, Polkadodge, who'll be rocking crowds at The Leadmill on Saturday 26 July, whilst the gorgeous vocals of Pip Mountjoy will join the new additions of The Crookes and The Hosts at Foundry on Sunday 27 July, thanks to a selection by Jericho Keys of BBC Introducing York.

Other new selections include Sheffielders Braver Than Fiction at The Leadmill on Friday 25 July, selected by the Tramlines festival team from a list of applicants from independent music body, Reverb Nation.

As part of the Tramlines Festival partnership with independent music publisher Sentric Music (specialists in emerging songwriters and artists), two further acts have been given the opportunity to showcase their talents to festival goers. These include Welsh outfit Cut Ribbons whose track Paper Shields was a previous Radio 1 Introducing playlist entry. They'll perform at The Leadmill on the Friday night at Tramlines, as chosen by the venue itself. The second Sentric Music artist is The Lake Poets aka the multi-instrumentalist and folk songwriter, Martin Longstaff. He'll play at the Cathedral on Sunday 27 July.

Over at Millennium Galleries are Songhoy Blues from the Africa Express project who will headline Saturday night, joined by local experimental outfit, Blood Sport, plus two very special guests yet to be announced.

Corporation welcomes the return of mathcore band, Rolo Tomassi, and a performance from London noise-rockers, Three Trapped Tigers, completing a bill that also includes Funeral For A Friend, Brawlers and more.