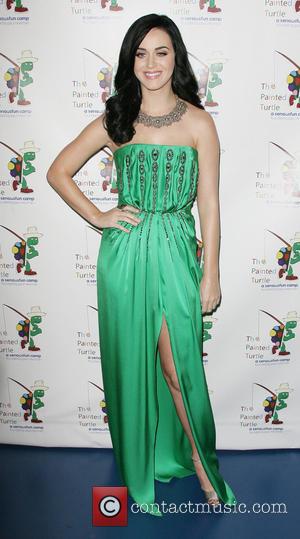 Stronger than ever it would seem, as the couple have made a number of public appearances together of late. They have been dating since July, but Katie and John have definitely not been afraid to go public as of late. The couple attended their first red carpet event together on Wednesday, at the premiere of A Christmas Story: The Musical on Broadway, making their debut together, reports E! Online. Afterwards, the two had dinner with Mayer’s father, Richard, reaching a relationship milestone that’s probably more recognizable to the rest of us non-Hollywood types. Meeting the parents is a big one, we’ve been told. But the PDAs didn’t stop there.

Love is definitely in the air around this time of year, especially for this couple. Yesterday, the pair continued their extended pre-holiday celebration with at the Rolling Stones concert at the Prudential Center in Newark, N.J, where they looked more couple-y than ever. With all of the budding celebrity romances of late, it looks like the Christmas spirit really is contagious, at least in Hollywoodland. And hey, who are we to argue with a nice pop star love story around the holidays?

Maybe the new relationship with the California Gurl will even bring some cheer into Mayer’s music. One can only hope.