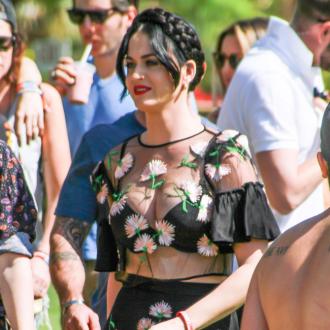 The 30-year-old singer - who was married to British comedian Russell Brand from 2010 until 2012 - is the best-placed pop star on Forbes' annual list of the world's highest-paid celebrities.

However, her 2015 earnings of $135 million fall well short of the top name on the list, multi-weight World Champion boxer Floyd Mayweather, who raked in as much as $300 million over the same 12-month period.

Meanwhile, the top five on the list is rounded off by British boyband One Direction ($130 million) and Howard Stern ($95 million).

Other famous names to be featured on the list include Hollywood star Robert Downey Jr., singer Taylor Swift and soccer player Cristiano Ronaldo.

The duo earned as much as $146 million over the last 12 months, with their respective endorsement deals helping them to take the top position on the list.