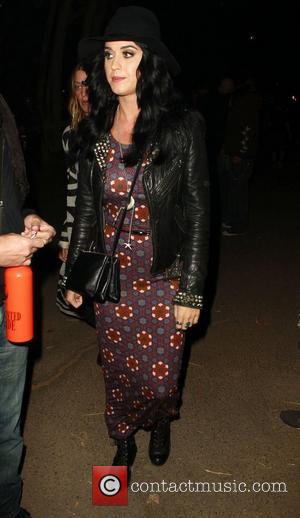 Katy Perry, Jennifer Hudson and Stevie Wonder were among the star names to perform at a fundraiser for President Barack Obama's democrats at a concert titled '30 Days To Victory.' With additional appearances by Earth, Wind And Fire as well as Jon Bon Jovi and George Clooney, Obama was pulling all the stops out to regain ground following his listless performance in the debate last week against his presidential candidate Mitt Romney.

However, Obama was more than willing to admit he didn't meet expectations during last week's discussion; taking to the Nokia Theater in California, the Prez joked "Everybody here is incredible professionals, they're such great friends and they just perform flawlessly night after night. I can't always say the same." Obama also pointed out that the road to the 2008 election wasn't easy either, saying, "everybody always remembers the victory, but they don't always remember the bumps in the road. Things always look good in retrospect. But in the middle of it we made all kinds of mistakes. We goofed up. I goofed up. But the American people carried us forward."

There were nearly 6,000 people in attendance for the concert, with tickets going at a cool $250 each. Obama also appeared at a private dinner for just 150 guests at celebrity chef Wolfgang Puck's restaurant WP24; tickets for that were somewhat more expensive at $25,000 a pop.