Katy Perry And John Mayer Split, But For How Long?

Katy Perry and John Mayer's split may not be as long lasting as we first thought as sources have indicated that the two are only on a break. 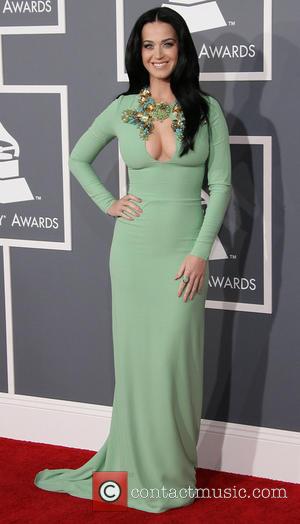 Another one bit the dust this week when Katy Perry and her (relatively) long term significant other John Mayer decided to call it quits on their relationship, ending 8 months of what seemed to be a happy and functioning relationship. However, murmurings that the relationship could be back on as quick as it started are already rife, as many are claiming that the latest Tinseltown split is merely a trial separation.

According to US Weekly, the musical twosome ended things for good - having distanced themselves in August last year before a quick reconciliation - however a source close to the pair told the magazine that Katy was still open to a reunion. The sources speaking to the magazine lamented that one of the reasons why they split was down to their hectic work schedule and when things quiet down again then maybe the two will get back together, with one saying, 'It's not over until it's over. You have to see how things play out.'

The chances of this happening seemed to be on the up when an insider spoke to Hollywoodlife.com yesterday (March 19) to reveal that the recent falling out is 'more of a break than a break-up,' before adding, 'You’ll probably see them hanging out sooner then later and hooking up again. They remain very friendly.' The split comes as quite a surprise to some, with rumours of a wedding rings being in John possession being thrown around for the past few months. Indeed, the notorious womaniser looked to have become a changed man since getting serious with Katy, especially considering his gushing interview with CBS Sunday Morning earlier this year. Could this be another Hollywood casualty then? It'd be nice to think otherwise but for now all we can do it sit back and wait.