Katy Perry has reportedly reunited with former flame Rob Ackroyd while in the UK on her Prismatic World Tour. 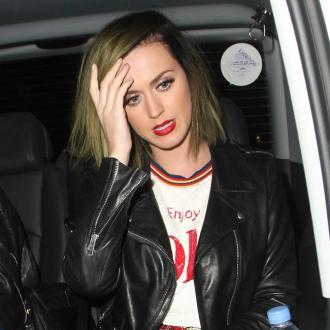 Katy Perry has reportedly reunited with Florence and the Machine guitarist Rob Ackroyd.

The 'Birthday' singer has been spending lots of time with her former flame - who she initially dated in 2012 after meeting at Coachella festival - while in the UK for her Prismatic World Tour, and the pair weren't shy about flaunting their romance at an afterparty to celebrate the end of the European leg of her worldwide jaunt.

According to The Sun newspaper, Rob has been at several of Katy's gigs and the couple were kissing and cuddling in full view of celebrities such as Cara Delevingne, Suki Waterhouse and Selena Gomez at the exclusive party backstage at London's The O2 arena last weekend.

A source said: ''Katy and Rob seemed to be very much back together at her party on Saturday night.

''They were inseparable, kissing, flirting and cuddling away in front of the roadies, celebs and friends at the bash.

''There were a fair few famous faces in the room but Katy and Rob only had eyes for each other.''

Rob also shared a picture from one of Katy's gigs on Twitter, lavishing praise on his 29-year-old paramour's stage show.