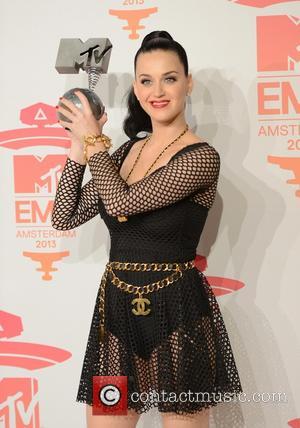 Katy Perry sparked engagement rumours at the MTV Europe Music Awards on Sunday night (10Nov13) when she was spotted wearing a sparkling ring on her wedding finger.

The music event in Amsterdam, Holland was a big night for Perry as she scooped the award for Best Female and performed her new track Unconditionally while suspended in mid-air.

However, it was her choice of jewellery which caught the attention of fans as the Firework superstar was seen wearing a diamond band on her left hand, sparking speculation that her relationship with John Mayer could be heading in a new direction.

The couple has been dating on/off for two years. Perry was previously married to British comic Russell Brand from 2010 to 2011.