Katy Perry and a number of other celebrities have asked their fans to join them in taking a stand against bullying. 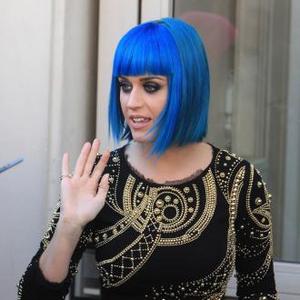 Katy Perry has asked her fans to join her in taking a stand against bullying.

The 'Firework' singer is supporting documentary 'Bully' which tells the stories of five tormented children and their families, and has asked fans to join her in the cause.

She tweeted: ''13 million kids get bullied every year. Today take a stand with me,'' followed by a link to the movie's site.

Many more celebrities also pledged their support for the film - released in the US on Friday 30.03.12 - by retweeting the same message and link, including Pink, Kesha, Justin Timberlake, Ryan Seacrest, Zooey Deschanel, Kim Kardashian, Hugh Jackman, Jessica Simpson, Mariah Carey and many more.

'Bully' caused controversy this week when it was initially given a given an 'R' rating by the Motion Picture Association of America (MPAA), meaning that anyone under 17 would need to be accompanied by a parent or guardian to see the film, meaning it would miss most of its target teenage audience.

However, following an online campaign, the film's distributor, the Weinstein Company, decided to release the film without a rating which is an option open to any producer or director.

for more information about the film visit thebullyproject.com