Katy Perry Found An Easy Way To Get Around The Vast Burning Man Festival Site In Nevada's Black Rock Desert At The Weekend (05-06sep15) By Taking A Segway With Her. 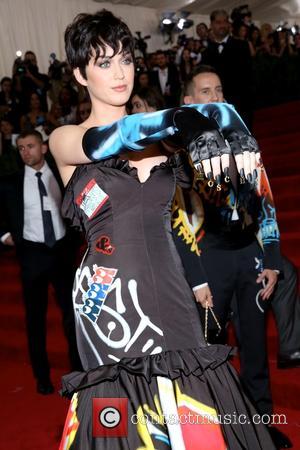 Picture: Katy Perry - A variety of stars turned out in style for the MET Gala 2015 and the opening of 'China: Through The Looking Glass'...

The pop star, wearing goggles and a mask to protect her eyes and throat from the event's infamous dust, was spotted wheeling around the site on the two-wheeled device, and for those who weren't sure it was really the Firework star, she posted a video of herself on - and off - the Segway on Instagram on Sunday (06Sep15).

In the footage, Perry appears to struggle with her mode of transport and it slips out of her grasp, leaving her chasing after the vehicle. She captioned the video: "Obvious first time burner alert."

The Roar hitmaker wasn't the only star checking out the annual hippie art festival in the desert - Susan Sarandon was there to spread some of late author and LSD advocate Timothy Leary's ashes.

Reports suggest the Oscar winner took her close friend's remains to a church, built especially for Burning Man revellers, which was set alight at the end of the festival on Saturday night (05Sep15).

Most of Leary's ashes were sent to outer space in 1997, but Sarandon kept a small amount.

She says, "When I went to Burning Man last time, that's when I thought I'd bring him (Leary) back here. I think he'd be so happy. I think he would have loved the chaos."