Katy Perry to duet with Pharrell at Super Bowl?

Katy Perry reportedly wants Pharrell Williams to perform with her at the Super Bowl half time show on February 1. 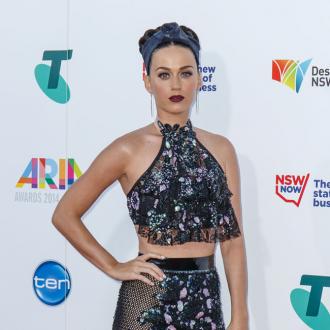 The 'Dark Horse' hitmaker was confirmed as the headline act for the coveted gig in November last year and it's now been reported she wants the 41-year-old star to join her on stage.

A source revealed: ''Katy is a huge fan of Pharrell and knows that having him duet with her on one of her songs during her performance will make all the difference.''

The 30-year-old singer will put on a show for an estimated audience of 115 million people in the United States alone when she takes to the stage at the University of Phoenix Stadium in Glendale, Arizona on February 1 and is said to be hoping the 'Happy' hitmaker will take some of the pressure off her.

The source added to the Daily Mirror newspaper: ''Her people are already in early talks with people about setting it all up.

''He is tempted as he knows it will be an amazing, slick, professional show.

''He is trying to work out how it will fit in around his own branding and commitments. But he is also touring in the summer so he knows that it will be great publicity for him too.''

Katy is set to follow in the footsteps of Bruno Mars and red hot chilli peppers, who wowed the crowd at the 2014 Super Bowl, and 2013 headliner Beyonce.