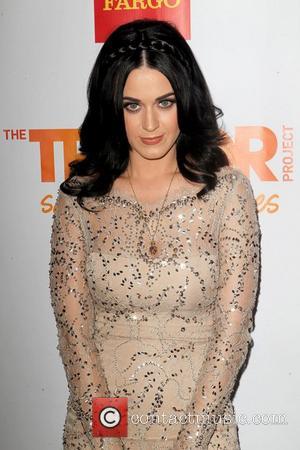 Aware that children are, indeed, the future, the Kids of America got the best of the entertainment this weekend, at the Kids’ Inaugural – a repeat of the 2009 concert, but this time, with bigger names, playing to a smaller audience. Sasha and Malia Obama were of course, the guests of honour on this special weekend for their father, President Barack Obama, but 5,000 others were present at the exciting pop concert held at the Walter E. Washington Convention Centre, where Katy Perry and Usher took the headline slots, to entertain the gathered youth.

During his set, Usher reinforced the notion that the kids were worth keeping sweet, for the next presidential term, and told them “the youth matters,” during a set described by the Washington Post as “aerobic,” with “twisted limbs clad in black leather, kicking high tops the maraschino cherries.” When he told them to make some noise, they responded with a roar. Katy Perry – an avid supporter of Barack Obama (remember the Katy Perry election dress?) also performed on Saturday night (January 19, 2013). This time, she’d switch up the ballot dress for a “star-spangled onesie” and she treated the kids to some of her biggest hits, including ‘Teenage Dream’ and ‘Firework.’

Also performing for the Kids’ Inaugural were the Far East Movement and Glee’s Darren Criss and Naya Rivera, who covered ‘Valerie,’ the song made famous by Amy Winehouse. If you’re wondering why the kids are getting to have all the fun, don’t worry: Beyonce, Kelly Clarkson and James Taylor are all warming up their vocal cords, to sing for the grown-ups at the official inauguration ceremony today (January 21, 2013).