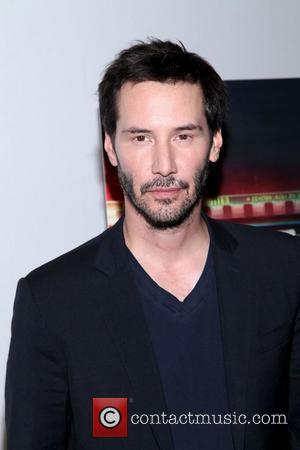 Picture: Keanu Reeves The premiere of 'Side By Side' held at The Museum of Modern Art New York City, USA - 09.08.12

Carl Rinsch, the director of 47 Ronin, starring Keanu Reeves, has been made to relinquish his editing duties following a disagreement regarding some important scenes and budget concerns, reports The Guardian.

Bizarrely, arguably the film’s biggest star – the Matrix actor Reeves – was absent in the climactic scenes of the samurai film, which has meant bad news for the first time director. Rinsch, making his directorial debut away from commercials, is now allowed nowhere near the film’s editing process, due to his decision to omit Reeves. A number of studio-ordered reshoots took place in the UK weeks ago, which now firmly place him at the centre of the action, adding a love scene, close-ups and extra dialogue. The film now finishes with a battle between Reeves' character Kai and a supernatural monster. Given that the majority of the film’s cast are Japanese, U.S audiences would have been confused by the 48-year-olds’ absence.

Budgetary issues also lead to the Hollywood studio Universal back-benching Rinsche, as the film's budget swelled to $225m (£139m) from an original $175m (£108m) although Universal has denied suggestions it will now cost that much. The finishing touches are now being applied by studio co-chair Donna Langley. Interestingly, The Wrap claims Rinsch would have been removed as director of the film prior to the reshoots were it not for a Director's Guild of America rule.