Keanu Reeves' new film, Samurai adventure '47 Ronin', is in jeopardy after director Carl Rinsch has been pulled off the project. 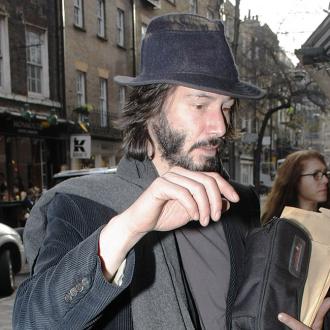 Keanu Reeves' new film is in jeopardy after its director has been pulled off the project.

Samurai adventure '47 Ronin' has cost more than $225 million to produce so far, causing Universal co-chairwoman Donna Langley to take director Carl Rinsch off the project and oversee the editing herself.

The movie has already had to undergo reshoots in London, which wrapped a week ago, designed to recapture key close-ups of lead actor Keanu for the 3D film's final scene.

According to TheWrap.com, one person working on the film described the production process as a ''nightmare''.

'47 Ronin' - a fictionalised version of a Japanese Samurai tale about a group of 18th century warriors who aim to avenge their master's death - is Keanu's first big screen action role since finishing 'The Matrix' trilogy in 2003.

The source claimed that with extra costs incurred Universal would have to take half a billion dollars simply to break even on the project, however a senior figure at the company disputed this and claimed the project had not gone over its $175 million budget, even with reshoots.

Another individual close to the production said Rinsch - who was working on his first feature - had seemed creative and competent during pre-production but struggled to control the filmmaking process. This prompted the studio to step in and oversee the project from Los Angeles, taking charge of the editorial development, including the editing of the film.