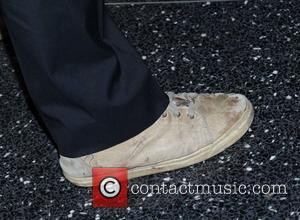 Picture: Keanu Reeves The premiere of 'Side By Side' held at The Museum of Modern Art New York City, USA - 09.08.12

Keanu Reeves has issued a damning statement on the condition of film opposed to digital film production reports The Telegraph. The Matrix star was talking to the U.K newspaper about his upcoming documentary, Side by Side.
"Film, if not dead, is now on life support" said Reeves, in a snarling indictment of the health of film as a production method; suggesting future films will be entirely digitally produced. "We were sitting in the post-production suite trying to match the photochemical image with the digital image, side by side, and it just hit me - film is going away, and we should document this whole evolution. So Chris and I gradually put a team together to make the documentary," Reeves continues, explaining the root of his desire to make the documentary. Christopher Nolan, the director of the Batman trilogy, which culminated in its explosive finale: The Dark Knight Rises, is a keen advocate of film, and agrees with Reeves: "I think it is. Even Chris Nolan admits that film, if not dead, is now on life support, and it's just going to become more and more difficult to even get film. Personally I'm a big film fan and it's sad to see it go but the future is digital."
The 90-minute documentary, which investigates the history and processes of digital and photochemical film creation, features a plethora of industry favourites and Hollywood names, including the elusive Matrix directors, the Wachowskis, who are known for their reluctance to interview. "Well, we've stayed friends since 'The Matrix' films and they were lovely. "I felt honored that they wanted to be a part of this," enthused Reeves.