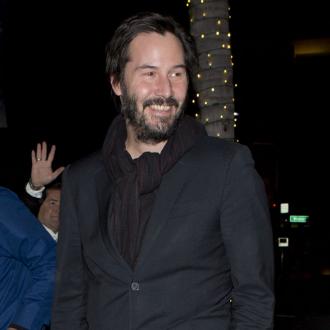 Keanu Reeves admits he had an ''interesting weekend'' when two female intruders broke into his home.

The 'John Wick' actor confronted a mystery woman in the library of his Los Angeles home last month and days later, another female went skinny dipping in his pool when he wasn't there and though both uninvited guests were picked up by police, the 50-year-old star insists ''everybody's OK''.

He told 'Entertainment Tonight': ''It was an interesting weekend, last month.

''Everybody's OK, which is nice. All's well that ends well. It was certainly surprising, four in the morning, Saturday, and having an uninvited guest. But it just happened, and everybody's OK.''

Following the two incidents, Keanu admits he has beefed up security at his home.

He laughed: ''There have been some changes.''

After the second woman was arrested, the 'Speed' star went to court to obtain a restraining order against her.

The unnamed fan was ordered to stay at least 100 yards away from the 'Matrix' actor and his property at all times after he told a judge he feels threatened by her and believes she will continue stalking him.

But a law enforcement source claimed she may not understand or follow the protection order, as she is currently seeking psychiatric treatment in hospital.

The woman - who entered the star's home through an unlocked door and took a shower in his bathroom - believes the 50-year-old actor is a ''conduit'' to her father, whom she claims was abducted by the US government and placed in witness protection.

She also believes her father is 'Departed' actor Ray Winstone.