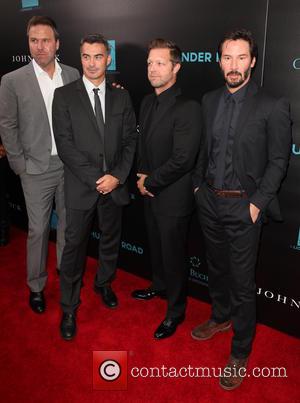 The Matrix star found the card on the ground outside the wrap party for his new film Daughter of God on Friday (05Dec14) and decided to take over the microphone in the Dj booth to appeal to the owner to come forward.

Interrupting the music, he said, "Hey, Don Jonas! I found your credit card outside, come see me and I'll return it."

Reeves was subsequently able to return the card to a grateful Jonas.

The kind act occurred not long after the actor arrived late to his own party - he reportedly refused to use his star status to gain immediate entry to the Leonora lounge and instead waited in the rain for 20 minutes, before he was allowed into the venue.

Club owner Noel Ashman tells the New York Post, "I didn't know he was kept waiting, and he didn't say anything to me... He's a very relaxed person."