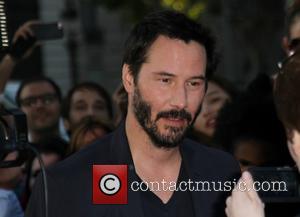 Actor Keanu Reeves has been left shaken after an intruder was arrested at his home for the second time in two days last week (end21Sep14).

The Matrix star was not at his Los Angeles house on Tuesday (16Sep14) when a woman slipped through an unlocked door, stripped off, and took a swim in the pool.

Editors at Tmz.com report that members of a cleaning crew working at the property grew suspicious and called Reeves, who ordered them to contact cops. Officers attended the scene and placed the woman under psychiatric hold.

The day before (15Sep14), the Speed actor was asleep when he heard noises from his library and found a woman, in her mid forties, sitting in a room at the property. She was also placed under psychiatric observation.