Keira Knightley had ''a lot of fun'' learning an American accent for 'Jack Ryan: Shadow Recruit' and found it helpful being surrounded by an American cast. 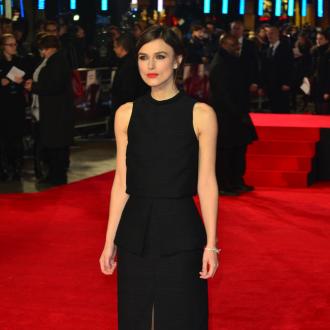 Keira Knightley had a ''lot of fun'' perfecting an American accent for 'Jack Ryan: Shadow Recruit'.

The 28-year-old actress, who was born and raised in London, plays male lead Jack Ryan's fiance Cathy Muller in the forthcoming film and found learning the voice for her character was easier since she was surrounded by other American stars, including A-Listers Chris Pine and Kevin Costner.

Speaking at the European premiere of 'Jack Ryan' in London's Leicester Square on Monday (20.01.14), she told BANG Showbiz: ''I got a dialogue coach. It was a lot of fun. I was lucky being surrounded by a lot of American actors - that helps.''

Producer, Lorenzo di Bonaventura, complemented her ''impeccable accent'' insisting Americans will want to be able to talk like Knightley after watching the film.

He explained: ''She seems so quintessentially English, so the idea of her playing an American - a very American kind of American, too - I think that was a bit of a challenge in terms of what interested her. But for us, we were like, 'How is she going to do this?' When you see the movie, it's the most impeccable accent. I think most Americans wish they spoke that way!''