Keira Knightley is set to star in a new movie based on Euphemia 'Effie' Gray even though Emma Thompson is currently working in a biopic of the same character. 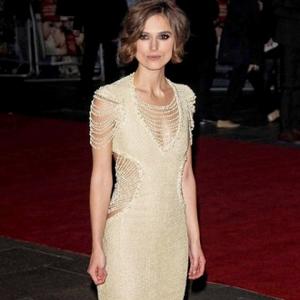 Keira Knightley is set to star in a rival biopic to Emma Thompson's film on Euphemia 'Effie' Gray.

Although Emma is currently shooting the project 'Effie' which she wrote starring Dakota Fanning and based on the marriage of the teenager and critic John Ruskin in Victorian London, Keira has now signed up for 'Untouched' which will tell the same story.

'House Of Sand's Andrucha Waddington will direct the movie based on a script from Aleksandra Crapanzano which will tell how Effie escaped from her loveless marriage to divorce Ruskin and eventually marry his protege, John Everett Millais.

Although Effie was a striking beauty, John never consummated the marriage because he was disgusted with her body. It is unclear who will play Ruskin and Millais opposite Keira in 'Untouched'.

Greg Wise and Tom Sturridge are starring in 'Effie' with Richard Laxton directing the film which will also star Emma as Lady Eastlake, who assists Effie when it becomes clear she is being destroyed by her marriage.