Costume designer Jacqueline Durran has revealed Keria Knightley was the reason behind the film 'Anna Karenina' having $2 million worth of Chanel diamonds, as she is the face of their Coco Mademoiselle perfume. 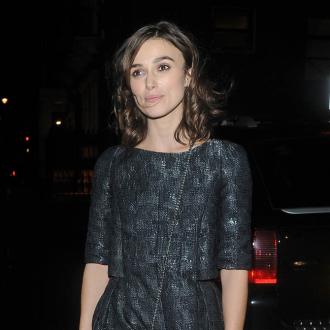 Keira Knightley was the reason 'Anna Karenina' managed to use $2 million worth of diamonds.

The British actress - who plays the role of Anna in the adaptation of Leo Tolstoy's novel directed by JOE WRIGHT - is the face of Chanel's Coco Mademoiselle perfume, which meant that she had plenty of their jewels to hand for incorporating into the ensembles.

Costume designer for the film Jacqueline Durran revealed that Keira having a large range of diamonds and pearls at her ''fingertips'' also helped her develop the character of rich aristocrat Anna.

She told WWD: ''Never in my experience on film sets have I seen anyone with such a range of diamonds and pearls.

''But I have to say it was very useful for Keira to have at her fingertips all this fine jewellery, as Anna would. It was the aura of Anna Karenina that we were creating.''

Jacqueline has already worked with both Joe and the Keira before, creating Keira's 'Atonement' character Celia's iconic green dress, but this time round took a new direction for the costumes.

Joe encouraged the designer to research Fifties ensembles rather than the original Eighteenth Century period in which it is set, leading her to take inspiration from the work of Lanvin, Christian Dior and Balenciaga.

Jacqueline added: ''When we were discussing what colour kimono Keira should wear, we had five different heads of various departments.

''It is a good thing to say that, because it shows how important each aesthetic is to his films.''