Keira Knightley gives up on guitar

Keira Knightley has vowed never to play guitar again after her husband James Righton gave her some basic lessons for scenes in her latest movie 'Can a Song Save Your Life?' 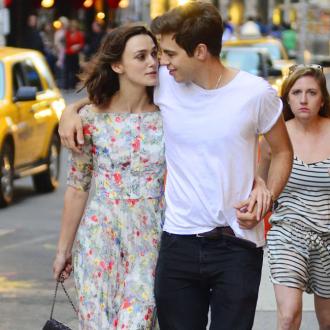 Keira Knightley has vowed to never play guitar again after being given lessons by her husband.

The 'Anna Karenina' actress asked her spouse, Klaxons musician James Righton, to teach her the basics of the instrument for her part in her movie 'Can a Song Save Your Life?' - in which she had to play the instrument and sing for her role as Greta, the girlfriend of musician David Koch (Adam Levine).

Keira admits she was terrible on the guitar and has no intention to pick up the instrument again, despite the best efforts of her husband - who she married in a simple ceremony in rural Provence, south-eastern France, in May.

Speaking to the new UK issue of HELLO! magazine, she said: ''I can pretty much hold a note. I sing a lot, mostly in the shower. I'm an amazing singer in the shower.

''He (James) helped me a bit preparing for the role, especially helping me with playing my guitar. I was terrible. I don't think he'll ever do that again. He may have found it too stressful.''

Keira did enjoy learning the instrument but she didn't enjoy the pain in her fingers after each string strumming session.

When asked if she got any pleasure from the lessons, she said: ''I was glad I was able to play for my scenes and even more glad when it was over. If I want to play guitar, I listen to my husband. I had no idea how hard it was. My fingers were all swollen and calloused. They looked disgusting. After the movie I wanted to pick up the guitar again but my fingers hurt too much. That's it. No more guitar playing for me, I let my husband do all the playing.''