Keira Knightley has been voted the most stylish celebrity mum-to-be in a poll by baby brand My1stYears.com. 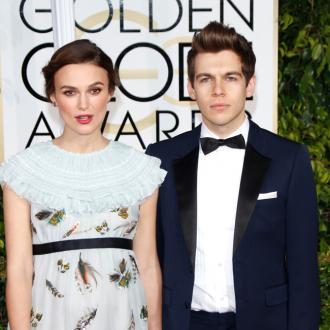 Keira Knightley has been voted the most stylist celebrity mum-to-be.

The 'Atonement' actress - who is expecting her first child with her husband James Righton - topped the list of fashionable expectant stars in a poll conducted by baby brand My1stYears.com after sporting a stunning bespoke Chanel creation at the Golden Globes this month.

The brunette beauty, 29 - who has been nominated for an Oscar for her role in 'The Imitation Game' - received 26 per cent of the vote, beating Britain's Duchess of Cambridge, who is awaiting the arrival of her second child with her husband Prince William in April.

A spokesperson from My1stYears.com said: ''We were surprised that Keira beat Kate in this poll as usually the Duchess is so popular with the nation.

''However Keira has more than proved herself the top spot with her effortless Chanel chic on the red carpet and with her recent Oscar nomination, we can't wait to see what she wears on the night.''

Elsewhere, the 33-year-old royal came in second place with 20 per cent of the vote while Brit actress Jacqueline Jossa, who stars on the BBC One soap 'EastEnders' and is expecting her first child with 'The Only Way Is Essex' hunk Dan Osbourne was voted third.

The Saturdays' Frankie Bridge came in fourth place after announcing she is pregnant with her second child with footballer Wayne Bridge, while Abbey Clancy, the wife of footballer Peter Crouch - who is also expecting for the second time - came fifth.

The spokesperson added: ''All of the mums-to-be who made the top ten pull off maternity wear very well so we're looking forward to seeing their stylish offspring's outfits too.''