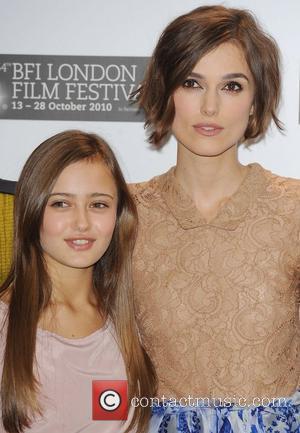 Keira Knightley is welcome to a cameo role in Glee whenever she wants - the TV show's leading man Matthew Morrison has named the British actress as his dream guest star.
The phenomenally successful musical series has attracted a slew of superstar guests, including Gwyneth Paltrow and Britney Spears.
And Morrison, who plays Glee club leader Will Schuester, is hoping British actress Knightley will be the next famous face to sign up, so he can fulfil his fantasy of kissing her onscreen.
He tells Britain's Glamour magazine, "Oh God, I'm such a sucker for women with British accents. So many (potential guest stars) to choose from... actually I'll go with a Brit because I really like this girl - Keira Knightley. She should guest star in Glee. (She should play) the part of the girl who gets kissed by Will Schuester."