The Sugababes have reunited and are planning to make their comeback at Glastonbury. 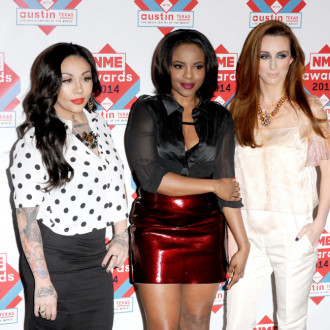 The Sugababes will make their comeback at Glastonbury.

The chart-topping band are one of the biggest girl groups of all time in the UK, and the original line-up of Keisha Buchanan, Mutya Buena and Siobhan Doherty are now looking forward to performing at the world-famous festival.

Keisha, 37, told The Sun newspaper: "This is going to be something special for our fans. We can’t wait."

The group will perform on the Avalon stage on June 24, and they're already in rehearsals for their gig.

Keisha, Mutya and Siobhan had originally planned to launch their comeback in 2020 - but their ambitions were derailed by the COVID-19 pandemic.

During an Instagram Live, Keisha explained: "We had so many plans for last year.

"2020 was our anniversary year, we built it up to do so many things but it didn’t happen, so we have to restructure.

"We just have to be motivated to do it and passionate about it and once we are actually in the studio it flows really easily for us. But it’s about getting us all on the same page on the same date and the pandemic makes it really tricky.

"It just has to be organic and be on the same page as far as our schedules are concerned."

Last year, meanwhile, Siobhan revealed the band had been working on new music.

However, she also insisted there were "no concrete plans" in place at the time.

She said: "There's nothing concrete at the moment, but we are working on stuff all the time and definitely new music.

"We love making music together and that's something we're going to continue to do. And hopefully it won't be too long now, now that we can be in the studio together again."