The 'DCI Banks' star has succumbed to a brief illness.

Britain loses yet another TV great with the death of 83-year-old Keith Barron this week. He died following a battle with an unspecified short illness, leaving behind a loving wife and son. He worked as an actor almost right up until he was no longer able. Keith Barron at the 2012 Memorabilia Show

The 'Duty Free' actor passed away yesterday (November 15th 2017) after 'a long and varied career, of which he was immensely proud', according to a statement from his agent.

Born in South Yorkshire, Keith started out at the Sheffield Repertory Theatre where he met his wife who was working as a stage designer. They married in 1959 when he was 25-years-old.

In his 55 year career, he appeared in such TV shows as 'Doctor Who', 'Upstairs, Downstairs', 'Where the Heart Is', 'Coronation Street', 'Casualty', 'Doctors' and 'Holby City'. He was also in the triple Oscar nominated 1976 war movie 'Voyage of the Damned', as well as 1974's 'The Land That Time Forgot'.

He rose to fame as Detective Sergeant Swift in 1962's 'The Odd Man', while his last role was as Arthur Banks in 'DCI Banks' last year. He was also a guest star on numerous episodes of 'Countdown' as well as other panel shows like 'Blankety Blank' and 'That's Showbusiness'.

According to the Yorkshire Post, he previously admitted to being a workaholic. 'If I'm out of work, I'm terrible. I'm no good to anyone', he said back in 2003. 'If I go out, I'm all the time wondering whether the phone's rung while I've been out.'

Since the news of his death hit headlines, numerous fellow stars have paid tribute to him on Twitter including 'Benidorm' star Derren Litten, Derek Griffiths from 'Coronation Street', astrologer Russell Grant and 'The League of Gentlemen' actor Reece Shearsmith.

Keith Barron is survived by Mary, his wife of 58 years, and his son Jamie who is also an actor; both Keith and Jamie appeared in the 80s TV series 'West Country Tales'. 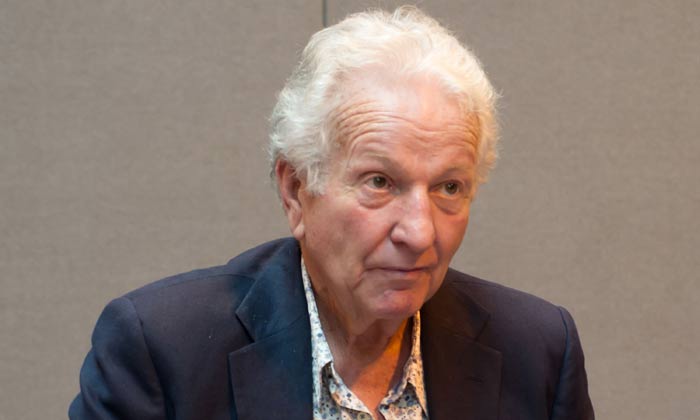