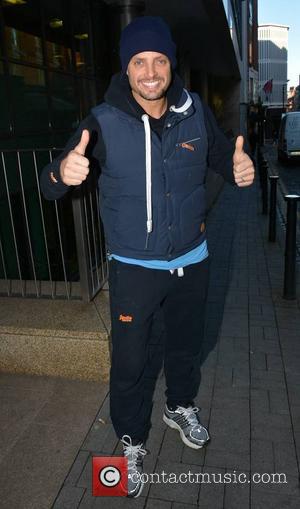 Irish singer Keith Duffy has vented his anger online after an airline company separated his wife from his autistic daughter onboard a crowded flight.

Duffy's wife Lisa took a Ryanair flight out of Dublin, Ireland with their 13-year-old girl, but they were separated on the plane due to seating issues.

The former Boyzone singer subsequently voiced his outrage at the company in a series of posts on Twitter.com, writing, "Ryanair cant (sic) help the weather but separating a mother and her special needs daughter (is) disgusting Im (sic) so upset and furious! My poor little girl...

"Family home safe and sound. Thank God, Ryanair God forgive you. Some of your staff need a lesson in humanity!"

The flight was reportedly delayed several hours due to storms which have been battering the U.K. and Ireland.

Since this article was produced a spokeperson for Ryanair has told us the following...

We understand that this passenger and her daughter were separated in the arrivals hall at Dublin Airport. While we regret the situation, it had nothing to do with Ryanair. We have been in contact with the passenger and look forward to welcoming them onboard their next Ryanair flight.