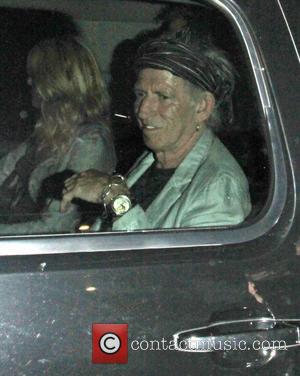 Rocker Keith Richards has spoken out about the death of his friend George Jones, insisting he "cannot express the emptiness" he feels since the country legend passed away last Friday (26Apr13).

The Rolling Stones star released a touching tribute to his pal on Thursday (02May13), the same day the 81-year-old was remembered during a star-studded funeral in Nashville, Tennessee.

Richards, who was due to appear at Jones' final Nashville concert in November (13), hails his friend as an "expressive" singer who poured his heart out into his music, and admits he is grief stricken by his passing.

In a statement to RollingStone.com, he writes, "George Jones has left us. We have lost one of the most individual singers of all time. I cannot express the emptiness I feel.

"George was as country as it can get, but he was beyond any bag you want to put him in. He was pure American music without ever waving a flag - you can hear a million imitations on the radio every day - but there was, and ever will be, only one George Jones.

"He possessed the most touching voice, the most expressive ways of projecting that beautiful instrument of anyone I can call to mind. You heard his heart in every note he sang. Sinatra called him the second best singer ever. (The number one obviously being Frank!). I would contest that. I truly loved 'the possum.' He was a crazy as me, and just as free... and, oh boy, could he hang."