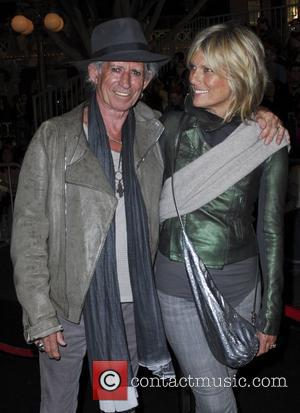 Keith Richards and Robert De Niro talked real estate at the Spike TV Guys Choice Awards on Saturday night (04Jun11) - the two stars want to swap homes.
The movie star presented the night's Brass Balls Award to the Rolling Stones star and the odd couple was spotted deep in conversation backstage.
Asked what they were talking about, Richards revealed, "He wants my house and I want his."