The Rolling Stones have two concerts lined up

The Rolling Stones have shows booked in London and New York as part of their 50th anniversary celebrations, set to take place next year. 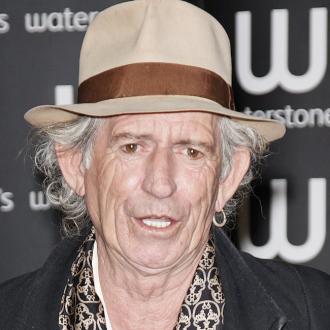 The Rolling Stones have shows booked in London and New York.

The 'Brown Sugar' band's guitarist, Keith Richards, let slip concerts are being lined up in the two cities for the group's expected 50th anniversary shows next year.

Keith told Q magazine: ''We've got some shows in London, I believe, and in New York.

''I really can't talk about any of that at the moment. They've put the gag on me on this.''

The band - which also includes Sir Mick Jagger, Charlie Watts and Ronnie Wood - have been rehearsing for the first time since 2007 ahead of making a full comeback, and Keith, 68, said things have been slotting into place nicely.

He said: ''Everybody relies upon their instincts, especially once you start working regularly together again.

''Because it pulls all the bits and pieces together, which when you're not working and playing with the guys, dissipates, obviously; you're not having that immediate contact.''

The band have also met with bass player Bill Wyman, who was in the band from 1962 to 1993,during initial rehearsals and have said he could possibly take part in their 50th anniversary tour in some form.

Ronnie said earlier this summer: ''I saw him last week and he was in top form, rocking. We also did a rehearsal with him a few weeks ago. It's like he'd never been away.''

The Rolling Stones are also to release a new compilation called 'Grrr!' in November which will include two new studio recordings, 'Gloom and Doom' and 'One Last Shot'.