Keith Urban's fans sent him and Nicole Kidman a ''beautiful'' anniversary message by holding up signs bearing well-wishes for the couple during his gig in Michigan. 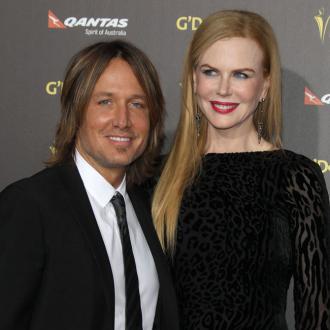 The couple celebrated nine years of marriage on June 25 but the 47-year-old singer was playing a gig in Michigan and was delighted when the crowd surprised him and his wife - who was in the audience - with a special gesture.

He said: ''We were playing in upstate Michigan and about three songs in I mentioned it was a special night because Nic was here and it was our anniversary.

''Then all these signs went up, someone had handed them out to everybody, it was like synchronised swimming, everyone put these signs up, it was really beautiful.''

Though Keith - who has daughters Sunday, seven, and Faith, four, with his 48-year-old wife - usually tries not to perform on special days for his family, the 'Grace of Monaco' star persuaded him otherwise as she promised they would have a ''fun'' night together.

And while the couple didn't make it out to a restaurant and only had dinner on their tour bus, the 'American Idol' judge insists they had a ''great'' night.

He told 'Entertainment Tonight': ''I never play on a birthday or anniversary, it's my rule, but Nic said, 'I'll come with you, it'll be fun, we'll blend it together.'

''We had dinner on our bus, it was sweet, it was like we were dating again, it was great.''