Nicole Kidman has admitted her young daughters have ''forced'' her into being fashionable and often tell her to change her outfit if they don't think it's ''good enough''. 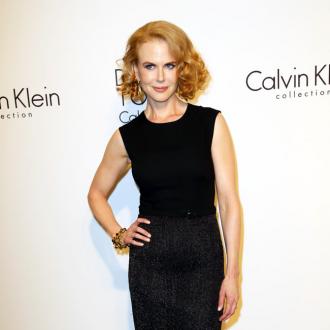 Nicole Kidman's young daughters have ''forced'' her into fashion.

The 47-year-old actress claims six-year-old Sunday and three-year-old Faith - her kids with husband Keith Urban - force her to get changed if they think her chosen outfits are ''not good enough''.

She said: ''With two little girls who are really into fashion, I've had to lift my game up again.

''They'll come out and go, 'Not good enough.' I've been forced into fashion. Through my children, I've rediscovered it.''

Nicole recently credited the use of dietary supplements for her long, thick hair.

She said: ''I always take hair, skin and nail Ultiboost vitamins from a company called Swisse, which I'm the global ambassador for.

'' I down them religiously and they've made my hair thicker. After I had my baby, my hair got so thin. I used to have really thick hair; now it has all come back.''

The actress wore her flame-coloured locks in loose ringlets when she first broke into Hollywood, and is finally reverting back to her old look after years of straightening her hair.

She explained: ''I almost never straighten it anymore, I let it go curly and wild. It's taken me 40-something years, but I embrace the curl. My littlest daughter has the same hair. She likes it when my hair is curly, so I wear it for her. ''